Exhibitions at the Pavillon

Discover the exhibitions at the Pavillon, opposite the train station of Sabres.

Sport for All! Sports in the Landes of past and present 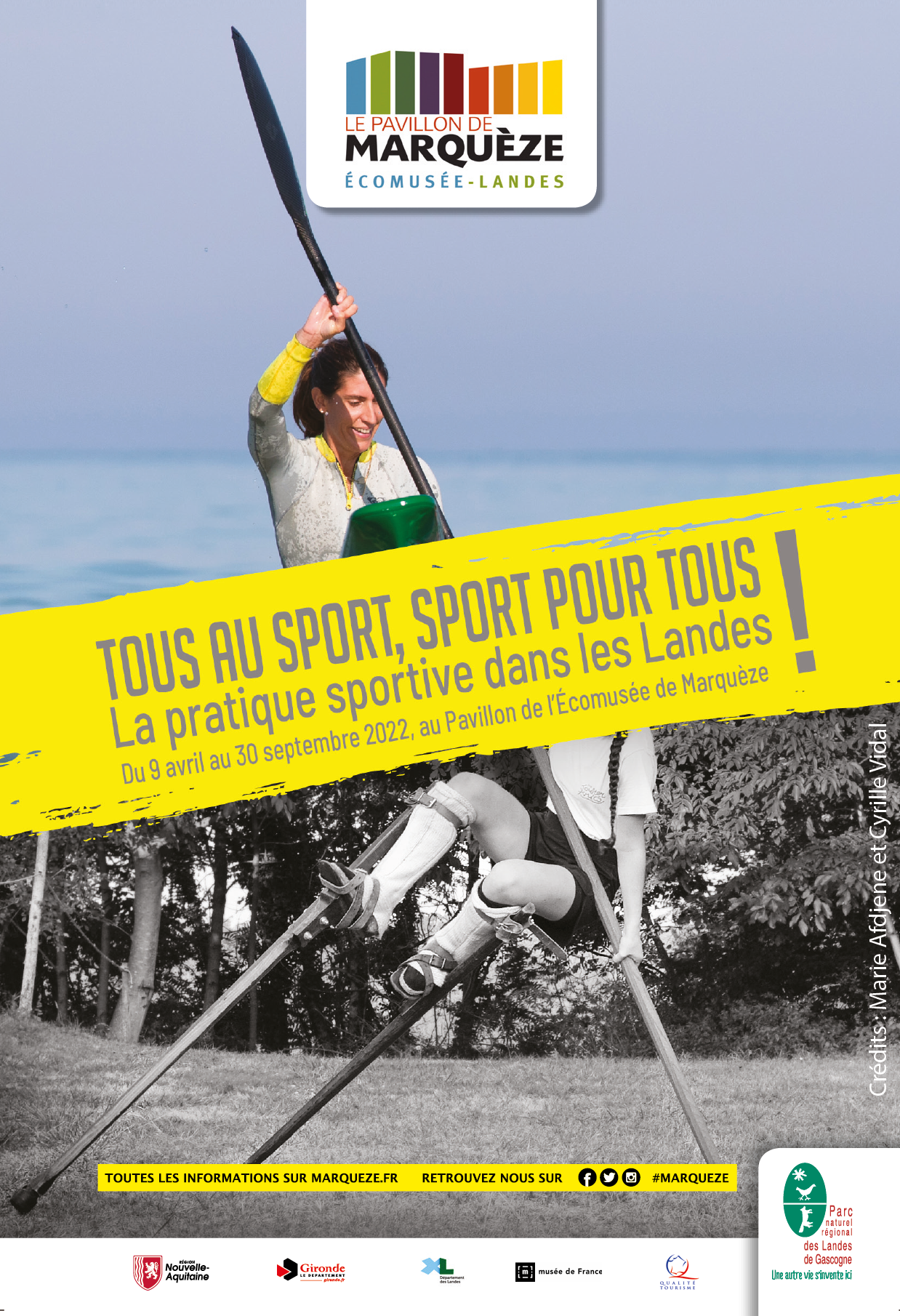 In 2022, the Marquèze Ecomuseum is putting on a new temporary sports exhibition. The exhibition features eleven sports, including surfing and rugby, but also Course Landaise (bullfighting), pin bowling and stilt racing. 60 contemporary photos taken by two Landes photographers, Marie Afdjene and Cyrille Vidal, will be unveiled in order to promote the region and its sporting institutions, which were called upon to loan some objects for the exhibition. This exhibition also looks at the main societal trends associated with sport, as a powerful vehicle for universal values. So head on over to the Marquèze Ecomuseum Pavilion to celebrate our athletes of past and present, some of whom are already preparing for the Paris 2024 Olympic and Paralympic Games!

This permanent exhibition retraces the history of land development in the Landes de Gascogne from the 19th century to the present day. Explore the key stages of a veritable conquest through several exhibition rooms. Once composed mainly of open moorland used by shepherds and farmers, the landscape was brutally transformed during the 19th century to become what is now the largest industrial forest in Europe. This upheaval of the landscape was accompanied by a profound change in local society.